GROZNY- The Head of Russia’s Chechen Republic, Ramzan Kadyrov, has threatened a “bloodbath” if the middle eastern Islamic State terrorist group advances towards his territory.

Posting on social media site instagram from a pro-Russian teenage wedding in southern Chechnya Kadyrov said, “this is my land and if Islamic State want to come here I will arrange a bloodbath from sunrise until sunset, every day.”

Kadyrov is Russian President Vladimir Putin’s strongest supporter in all of Russia and Chechnya and regularly declares his readiness to kill for Moscow.

“I’ll drown everyone in blood. I’ll have my men shoot and bomb and stab and slaughter until no one is left. I will kill every single man, woman and child in every corner of the planet to serve my higher purpose….which is of course to protect and serve President Putin.” 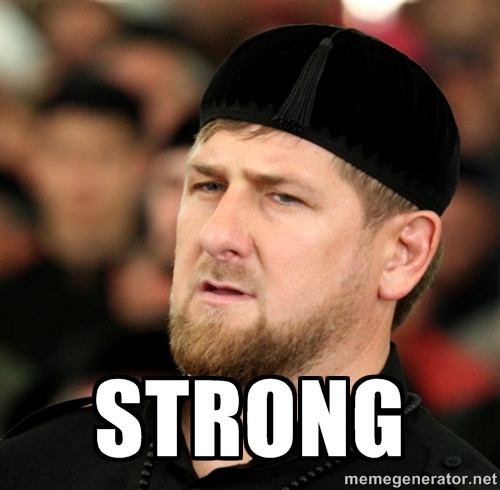 Later, after the sixteen-year-old girl had been married off to a local police chief, Kadyrov took aim at top rank Russian politician and rousing patriot Vladimir Zhirinovsky. Zhirinovsky has previously said that Russia’s predominantly Muslim north caucasus should be fenced off with barbed wire to separate it from the rest of Russia.

Kadyrov posted on instagram that, “as the streets of Moscow run red in our defence of our glorious Vladimir Putin, we will seize that infidel pig Zhirinovsky and skin him alive on the Kremlin walls. I will gladly spill the blood of billions in order to make sure that Russia is united and that we protect our great leader. God is great.”

When asked if he wanted to comment in reply Zhirinovsky posted on social media site Facebook that, “I agree 100% with that scum Kadyrov that Russia must be united by force. It will only be safe when we have nuked Chechnya five times over and put barbed wire around the rubble and bones.”

(This article was researched and written by our intern Geoff. He worked really hard on it during our office Christmas party, and though he couldn’t find any of the social media posts mentioned after waking up naked in a dumpster the next morning, he swears he really did see them- ed.)